This show is presented with shadow and standard American Sign Language Interpreters.
Produced by special arrangement with THE DRAMATIC PUBLISHING COMPANY of Woodstock, Illinois

This show is NOT recommended for children under 8 years of age. Strong themes and dramatic action.

12 Angry Jurors was adapted by Sherman L. Sergel, from the 1950's Emmy Award winning television movie written by Reginald Rose and produced by special arrangement with THE DRAMATIC PUBLISHING COMPANY of Woodstock, Illinois.

The show is a taut and compelling look at the justice system, as twelve jurors debate the guilt or innocence of a 19 year old defendant facing a possible death penalty for killing his father. Hidden biases are revealed and emotional journeys are taken, as these twelve ordinary Americans struggle with a decision where a young man's life hangs in the balance. This show is presented with shadow and standard American Sign Language Interpreters*. 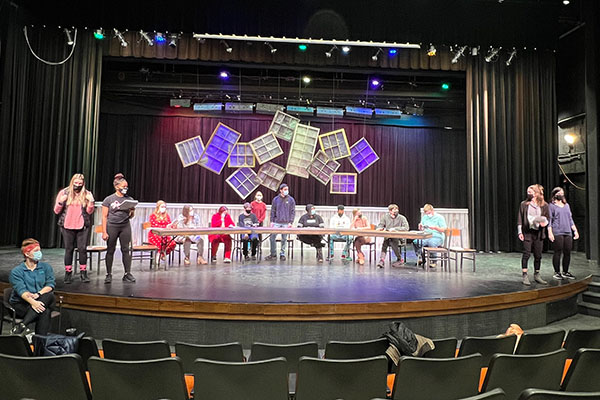 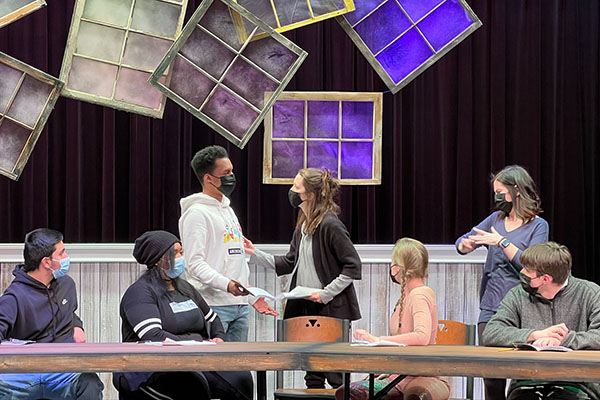 *Interpretation for this production is provided by interpreting interns through a supervised clinical experience partnership between the Oakland Community College Theatre Program and the Sign Language Interpreter Program. Student supervision follows the requirements of the State of Michigan Deaf Person's Interpreter Act and the Memo of Understanding between the Michigan Division on Deaf, Deaf Blind, and Hard of Hearing and the Michigan Interpreter Education Programs. Further, hearing and Deaf interpreters who are experienced performers provided supervision, mentoring, and language modeling to the students in preparation for and through these performances.