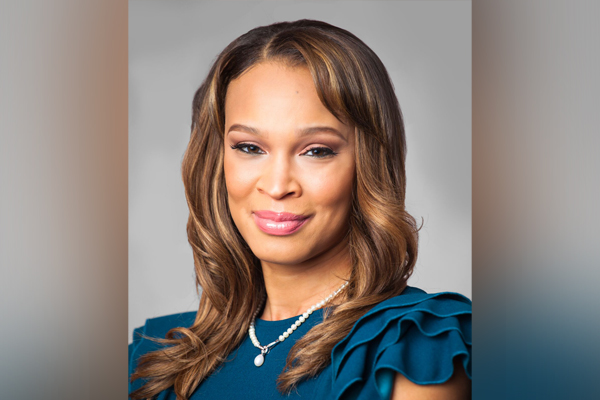 Like many students out of high school, broadcast news reporter April Morton did not feel quite ready to head straight to a four-year university. Her high school counselor suggested Oakland Community College as a good option to continue her studies.

“I needed time to take additional classes and build up my grades,” Morton said. “OCC was a great choice for me. It was not only cost effective but provided a great opportunity to build a foundation and eventually transfer to Wayne State University.”

Morton, who received her bachelor’s degree in Speech/Communications with a focus on broadcasting, wasted no time getting the experience and contacts she needed to work her way up in the broadcasting field.

She started her career as an intern for WJBK FOX-2 news while in school at Wayne State University. During that time, she left such a good impression, the assistant news director hired her as an assignment desk editor, where she worked for 5 years. She also worked as a newsroom assistant at WLNS TV-6 in Lansing, Michigan, where she did everything from news writing, editing and running the assignment desk.

From TV to Radio and Back to TV

After taking a five-year professional break to raise her son and daughter, she took to the radio airwaves at 1200 AM iHeart radio as a traffic/news reporter. This opportunity was another steppingstone in fulfilling her long-term goal.

“I had experience behind the scenes in the news department but wanted to be in front of the camera. Working in radio allowed me to gain the conversational flow I needed to become an on-air reporter,” she said.

Morton’s dream to be in front of the camera came at age 40 when she worked at a local cable news station in metro Detroit. After just six months, she moved up to a medium broadcast market at WNEM TV-5 in Saginaw, Mich.

That experience led her back to the metro Detroit area where she took on a role as a reporter/multi-skilled media journalist with CW50, a CBS owned station.

You can catch her doing what she loves, weeknights at 10 p.m.

As for Morton’s advice for other high school students who are thinking about community college?

“Not everyone is ready to jump into a four-year college,” she said. “I think if I would have done that right out of high school, I would not have been ready, and it could have negatively impacted my road to success.”