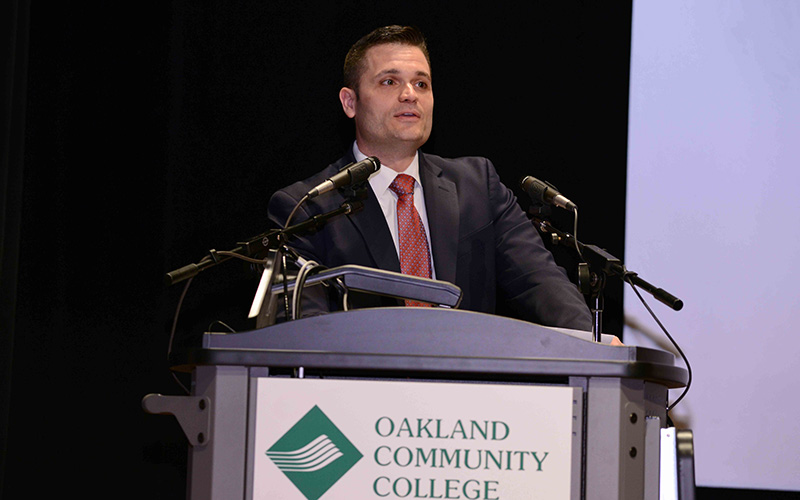 OAKLAND COUNTY, Michigan — More than 15 years after he began walking the beat as a public safety officer at Oakland Community College, David Ceci will assume a new leadership role in helping OCC train the next generation of law enforcement.

“Oakland Community College is fortunate to have Dave Ceci leading the public services division,” said Timothy A. Sherwood, OCC’s associate vice chancellor for academic affairs. “I personally am glad that Dave will continue to be a gifted colleague at the college. His knowledge of education, connections to area agencies and tireless enthusiasm for OCC will surely lead this division to new heights.”

Ceci, a recent graduate of the Michigan Community College Leadership Academy, joined OCC in 2003 as a public safety officer. He has developed his leadership at the college across several campuses, serving as a public safety sergeant and lieutenant and then as director of law enforcement training. During his time as interim dean, OCC has:

He holds a bachelor’s degree in general studies from Oakland University and an associate’s degree in that same area from Macomb Community College. He earned a master of psychology from the Chicago School of Professional Psychology and participated in training programs at the Northwestern University School of Staff and Command and the Force Science Institute.