“The adventure of life is to learn,” wrote motivational writer William Arthur Ward.

These words could not be truer for Oakland Community College alumnus Gerald Clute, who passed away October 17, 2021, at the age of 74 after a courageous battle with Parkinson's disease.

An OCC record breaker with many admirers 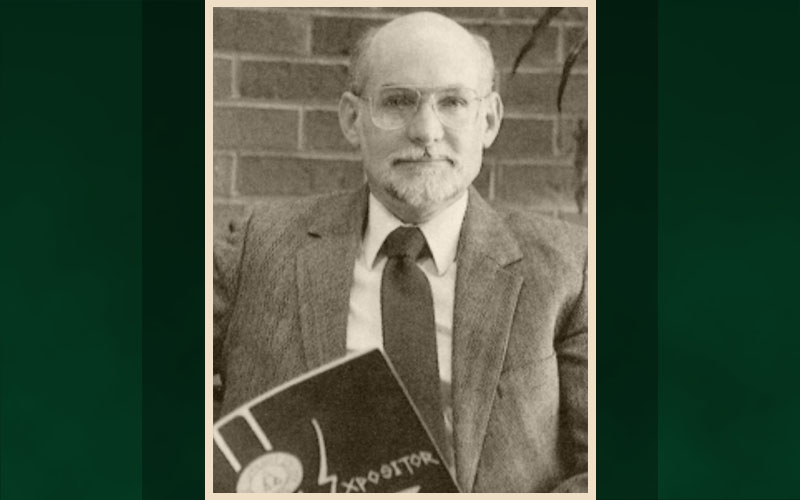 When Oakland Community College opened in the fall of 1965, Clute showed up for his first class. In the 56 years since he stepped foot into OCC, he would amass a record number of credit hours and degrees.

In the late 60s, Clute attended Wayne State University where he completed a Liberal Arts Degree in Political Science, but returned to OCC because he wanted to.

“I liked OCC,” he said in an interview published in a 1996 OCC quarterly publication Quintet. “It was convenient, but more importantly, the quality of people was unlike anywhere else, and still is today.”

OCC Librarian Carol Benson knew Clute for many years and had frequent conversations with him. He would often do his homework at the Royal Oak campus library and she described him as an amazing student.

“Gerald told me about all the classes he was taking and had taken at OCC including Landscape Technology, Homeland Security and Michigan History,” she said. “He was fighting Parkinson's and told me that he was having trouble typing but still he persevered. Gerald was an outstanding example of a true lifelong learner.”

He had many fans at OCC over the years including Kathleen Kelly, administrative assistant for OCC’s Office of Advancement. She got to know Gerald while working in Enrollment Services at Auburn Hills and was proud to call him her friend.

“He was a dedicated student, full of knowledge to share among his fellow students, faculty and staff. But more importantly, he strived to continue learning each day of his life,” she said. “Gerald loved OCC and our employees. He supported the College and made sure to give accolades when speaking about it or with the many people he came to know at OCC. It was a pleasure knowing Gerald – he will be missed dearly.”

When not in school, Clute spent much of his time on his family's farm in Port Huron and resided his entire life in Michigan. After working for Ford Motor Company and in his retirement, he worked part-time at Forster-Laidlaw Florist for several years. His wife Laurel Tom-Clute said his degrees applied to jobs he held mostly in the auto industry. At one point he taught in the technical fields, but he preferred learning more than teaching.

“While some people run from books, Gerald loved reading and learning. He was always very curious about everything,” she said.

Despite the record number of credit hours Clute obtained over the years, he never expressed interest in holding records.

“Someone will come along and beat my record someday, and that’s good – it means they are learning,” he expressed in the Quintet.

Expressions of affection in his memory are suggested in lieu of flowers, to the American Parkinson Disease Association, Grace Centers of Hope or the Gerald Clute Lifelong Learning Memorial Scholarship at the Oakland Community College Foundation.