The History of Juneteenth

You have likely heard the term “Juneteenth” popping up in conversation over the past few years, and probably saw that it was declared a federal holiday in 2021. However, not everyone knows just what the term refers to or what the holiday commemorates.

In short, Juneteenth is recognized as the historic celebration of the end of slavery in the United States. It is also considered the longest-running African American holiday in the country.

The word Juneteenth itself is a portmanteau of “June Nineteenth,” a nod to the inception of the holiday. On June 19, 1865, federal troops led by Union Army General Gordon Granger arrived in Galveston, Texas to announce that the Civil War had ended, and all enslaved people were now freed. This announcement came more than two years after the Emancipation Proclamation was signed into law by President Abraham Lincoln on January 1, 1863. 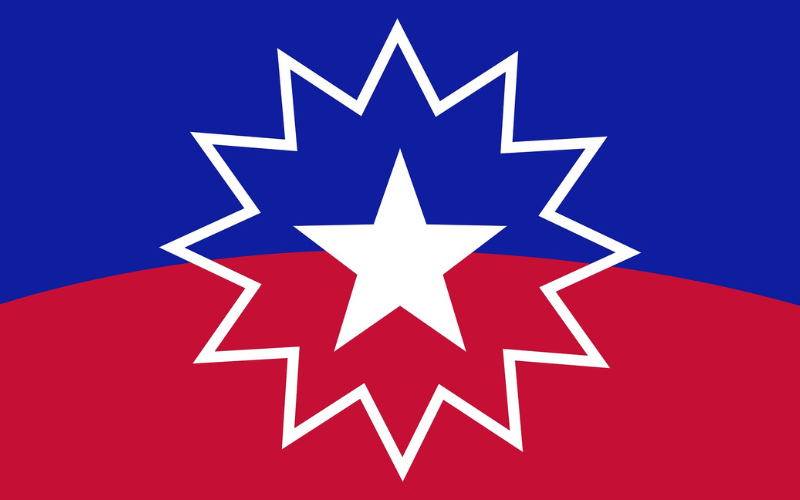 A number of factors combined to result in this cruelly long delay. Although the Emancipation Proclamation declared the end to slavery in Confederate States, the dissemination and enforcement of the proclamation was left to Union troops. As the most remote state of the former Confederacy, Texas saw very little combat and presence of Union troops throughout the Civil War, making the new law easy to ignore. Texas was also known as a “safe haven” for slaveowners and had actually been experiencing an expansion of slavery near the end of the Civil War.

While General Granger’s arrival in Galveston in 1865 signaled freedom for Texas’s 250,000 enslaved people, not everyone was able to join in the celebration. Some enslavers withheld the information until after harvest season. Slavery was formally abolished with the 13th Amendment to the United States Constitution in December of 1865.

While celebrations inevitably broke out immediately after General Granger’s announcement in 1865, the first recognized Juneteenth celebration took place in Texas on June 19, 1866, then known as “Jubilee Day.” Both historic and modern Juneteenth celebrations are filled with music, food (notably barbecues), prayer, literature, dance, art, conversation and much more.

Juneteenth celebrations spread as newly-freed Black people migrated from Texas to other parts of the country in the decades that followed. However, in the early twentieth century, celebrations declined for reasons including but not limited to Jim Crow laws, a rise in patriotism that centered July 4th as the major summer holiday and the Great Depression. For a while, it seemed as though Juneteenth may be receding from the nation’s consciousness.

In the 1950s and 60s, the Civil Rights Movement breathed new life into Juneteenth celebrations, especially among youth who connected the current struggle to that of their ancestors. In 1968 – just over a century since the first Juneteenth Celebration – the Southern Christian Leadership Conference named June 19 “Solitary Day of the Poor People’s Campaign.” Thousands of attendees subsequently brought word of Juneteenth celebrations to their respective communities, leading to a revival in cities such as Minneapolis and Milwaukee, and across the United States.

In 1980, Juneteenth became an official state holiday in Texas through the efforts of Black state legislator Al Edwards of Houston. Massachusetts became the second state to do so in 2007, with New Jersey, New York, Pennsylvania, Virginia, Washington, Oregon and Delaware all following suit between 2020 and 2021.

The celebration of Juneteenth entered into the broader national conversation after the murder of George Floyd in May 2020 sparked a worldwide reckoning for racial justice. As a result, an increasing number of educational institutions, state governments and corporations began to recognize Juneteenth as a day of reflection.

On June 17, 2021, President Joe Biden signed the Juneteenth National Independence Day Act into law, making Juneteenth a federal holiday. On a local level, the Oakland County Board of Commissioners voted on June 7, 2022 to designate Juneteenth as a county holiday. All county offices will be closed on Monday, June 20, 2022 in observance of the holiday.

As the second federal Juneteenth holiday approaches on Sunday, June 19, 2022, we encourage you to take the time to reflect upon the rich and unsettling history that led to this celebration’s existence. For further reading, please utilize the following resources: