“The Show Must Go On!” Safely to Adapt to COVID Protocols

OCC’s Theatre Program is living by the famous phrase “the show must go on!” as it prepares to present its latest production, “Silent Sky,” virtually March 18, 19 and 20.

“Due to the pandemic we couldn’t present the play in person so instead we filmed it at Motown Digital using strict social distancing and safety protocols to keep our actors and crew safe and will stream that filmed production each night to allow our theatre patrons to watch it at home,” said Dennis North, OCC theatre program director.

Tickets for Silent Sky are free but registration is required for each of the shows.  To register visit https://www.showtix4u.com/event-details/48940. 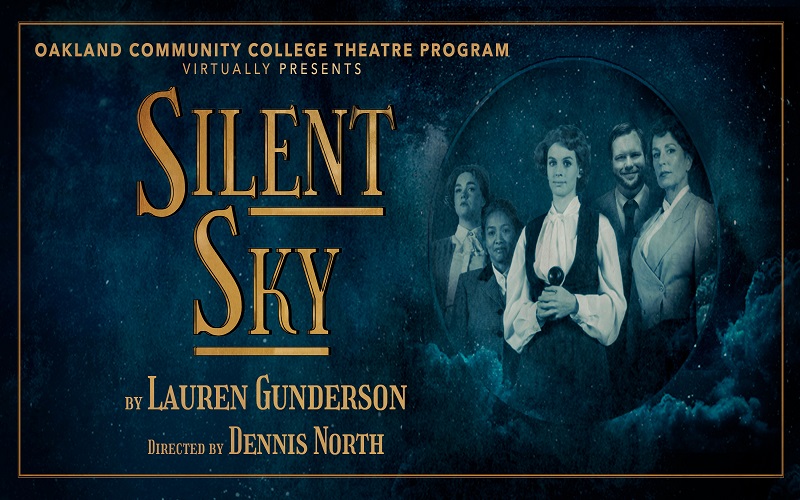 Silent Sky, by Lauren Gunderson, is the true story of 19th-century astronomer Henrietta Leavitt and her fight to find her place in a time of immense scientific discoveries, when women’s ideas were dismissed until men claimed credit for them. Social progress, like scientific progress, can be hard to see when one is trapped among earthly complications; Henrietta Leavitt and her female peers believe in both, and their dedication changed the way we understand both the Heavens and Earth.

In addition to the unique streaming aspect of this OCC production, this will be the final production directed by Dennis North, who is retiring as the College’s theatre program director after teaching for more than a decade and directing 22 plays and musicals during his stint at OCC.

"I can't offer enough thanks to the actors, students, designers, stage managers, crew and everyone involved in the Theatre program at OCC. That also includes all the audiences that have graced us with their support of live theatre - they are truly the final element to the art," North said. "It's been a magical ride."

With five campuses in Oakland County, OCC is Michigan’s No. 1 transfer institution, offering nearly 100 degrees and certificates. The College empowers academic and developmental experiences, allowing students to reach their potential and enhance their communities. More than 1 million students have enrolled in the college since it opened in 1965. A seven-person Board of Trustees governs OCC. Board members are elected on a non-partisan, at-large basis, serve as volunteers and are not paid. Mission statement: OCC is committed to empowering our students to succeed and advancing our community. Learn more at oaklandcc.edu.