Lieutenant Governor Garlin Gilchrist II received his first computer at age 5. By 16, he was building his own, and using them to set up a computer lab at a Detroit community recreation center. 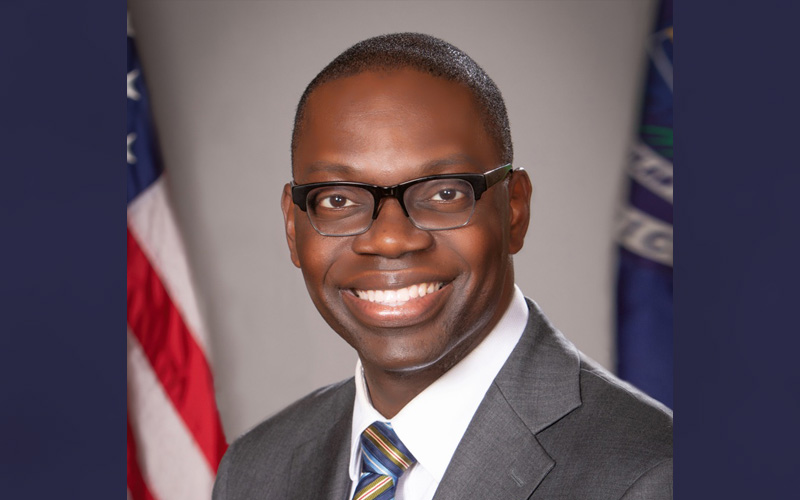 This motivation, ingenuity and commitment to community propelled Gilchrist through his successful career as a software engineer, social entrepreneur and community organizer, before being elected Michigan’s Lieutenant Governor in 2018.

On Saturday, June 12, 2021, at 10 a.m., Gilchrist will share insights from his journey to Oakland Community College’s Class of 2021, when he serves as keynote speaker for OCC’s virtual commencement.

The fact that his remarks will be delivered in a pre-recorded address – and that the entire virtual commencement is pre-recorded – is both a sign of the times and of the challenges that students have had to overcome during OCC’s first-ever, all-online year of learning.

They are in good company. Gilchrist’s work has also been characterized by a drive to succeed and solve problems.

He spent the next several years of his career as a social entrepreneur and community organizer, helping people in communities across America realize their full economic and political potential. Upon returning home to Detroit, Gilchrist worked in local government to help build systems that made the government more responsive, transparent and accountable to city residents.

As part of the Whitmer Administration, Lieutenant Governor Gilchrist has sought to address injustice and inequity across Michigan at every level. From co-chairing the Michigan Joint Task Force on Jail and Pretrial Incarceration to helming the Coronavirus Task Force on Racial Disparities, these task forces have taken actions that saved lives and protect our most vulnerable populations.

Gilchrist and his wife, Ellen, reside in Detroit where they are raising their twins, Emily and Garlin III, and daughter, Ruby.

Virtual commencement will start at 10 a.m. on Saturday, June 12, and consist of four pre-recorded ceremonies, available on OCC’s website:

Each ceremony’s end time will depend on the number of graduates, and each student will be featured alphabetically on a graduate recognition slide. This will include any personal message (photo, quote, video) that the student chose to submit.