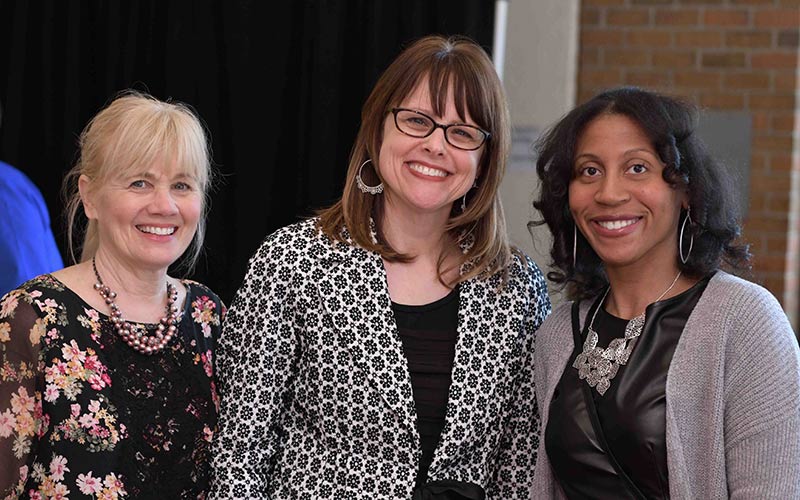 OAKLAND COUNTY, Michigan — Joel Cohen received a standing ovation from his colleagues when he said, “there’s nowhere like OCC for academic freedom and teaching.”

Cohen, a 50-year veteran of Oakland Community College, was among nearly 100 employees and recent retirees recognized at an anniversary and retirement lunch hosted at the college’s Culinary Studies Institute on the Orchard Ridge campus. They feasted on culinary delights prepared by students, participated in a rousing game of trivia and were recognized by Chancellor Peter Provenzano for their deep commitment and dedication to the college.

“It is so important to stop and thank the people who make a difference in our lives,” he said. “This incredible group of current and retired employees represent literally hundreds of years of service to our students and our community.”

“It is this type of dedication helps makes OCC the college of choice, the partner of choice and the employer of choice in the community.”

Cohen agreed. “I would never have had the academic freedom to truly teach my students as I have during my tenure here at OCC had I chose to teach at one of the large universities,” Cohen said. “What a great experience this has been for me as an educator.”

Karen Bathanti, OCC vice chancellor of human resources, who spearheaded the event planning said, “Our employees change the lives of our students, inspire one another and consistently advance our community with the resources entrusted to us. Their dedication, passion and commitment is inspiring. We are so fortunate these individuals have made OCC their employer of choice.”