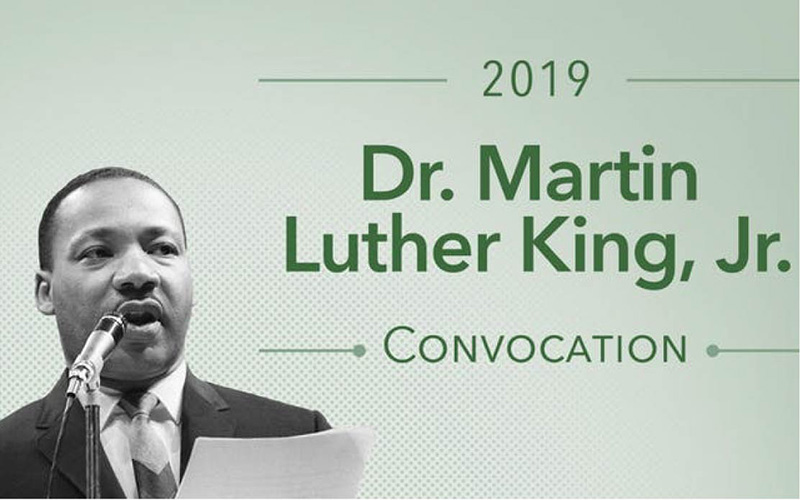 AKLAND COUNTY, Michigan — The Rev. Martin Luther King Jr. had a dream — but who was it for?

In a 2005 appearance on NPR’s “All Things Considered,” award-winning author Desiree Cooper urged listeners to set aside the totality of that seminal speech from 1963 and pay closer attention to the words.

“His exact wish was not for all children, but his four children,” Cooper said. “He wasn't only speaking as a reverend or philosopher or civil rights leader. He was also speaking as a parent.”

Oakland Community College invites the public to join faculty, staff and students to listen to more of Cooper’s insights about King at a convocation commemorating his birthday. The event, sponsored by the college’s Committee for Diversity and Inclusion, takes places from 10 a.m. to noon Friday, Jan. 18, in the Smith Theatre on OCC’s Orchard Ridge campus, 27055 Orchard Lake Road, Farmington Hills.

A former attorney, editor of Metro Times and columnist of Detroit Free Press, Cooper is a 2015 Kresge Artist Fellow and a Pulitzer Prize-nominated journalist. In addition, her debut collection of “flash fiction,” Know the Mother, was a 2017 Michigan Notable Book that has won numerous awards, including a 2016 Foreword INDIES Finalist and a 2017 Next Generation Indie Book Award. Cooper’s fiction, poetry and essays have appeared in The Best Small Fictions 2018, Callaloo, Michigan Quarterly Review, Hypertext Review and Best African American Fiction 2010, among other online and print publications.

Oakland Early College's School of Rock will perform, and students will offer reflections on how King's legacy has affected their community and shaped their lives. Afterward, guests are welcome to attend a reception and book signing.

About the OCC Committee for Diversity and Inclusion

OCC is fully committed to raising the awareness of our students, employees and community by offering opportunities to experience other cultures and explore the common elements we all share as human beings. Learn more at oaklandcc.edu/diversity.